E2046 contest’s rules finally allow me to publish entry and wip on my own site, so here it is.

That’s figure I’ve been working on for about month, and which I’ve finished over month ago.
A lot of blue is used here, because once I’ll start other kits I’m having in queue now, I won’t be able ot use it for a while, and I REALLY like blue. And black, but it’s boring when it comes to painting figures.
And in queue are: Raqel Gothic and Little Owl, which are going to be painted in brownish colours. So yes, no place for my favourite blue 😉

Right now I’m trying to finish painting commissions and I’ll be able to focus on models more. I hope. 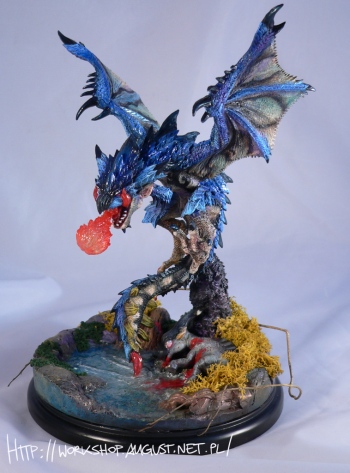 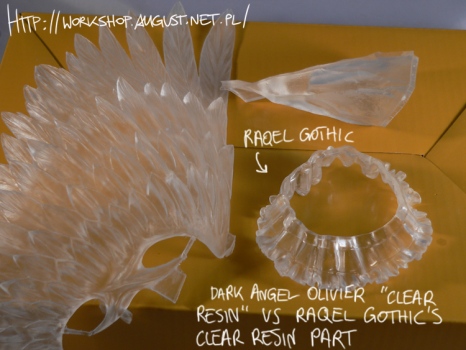 Sha Gojyo from Saiyuki (check it up, pretty cool story) I’ve made for my Friend – Shadowisper. It’s airbrushed with Vallejo Model Color. Really, I have no issues with airbrushing thinned Model Color series, but airbrushing with Vallejo’s Model Air is really horrible experience. I’m still learning how to airbrush. 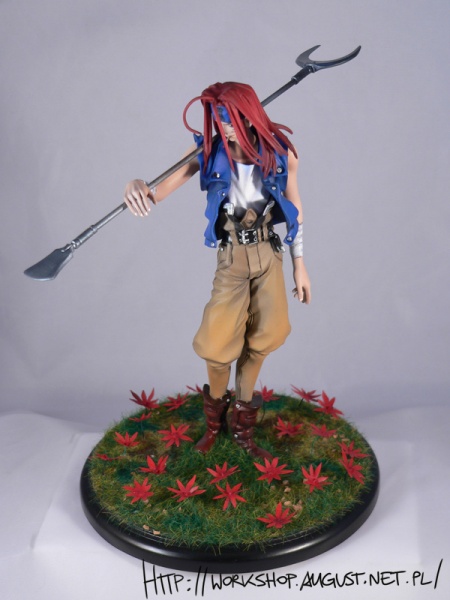 Here she is, finished. Antihero from E2046, painted with Vallejo Model Color and Winsor & Newton’s acrylics. With a little addition of glitter (Visible on the water. Yes, I really sucked at photographing it). Handpainted and airbrushed.
That’s something rarely for me, but I really like how I painted her eyes. While I screwed airbrushing skin. I need to learn a lot about airbrushing. 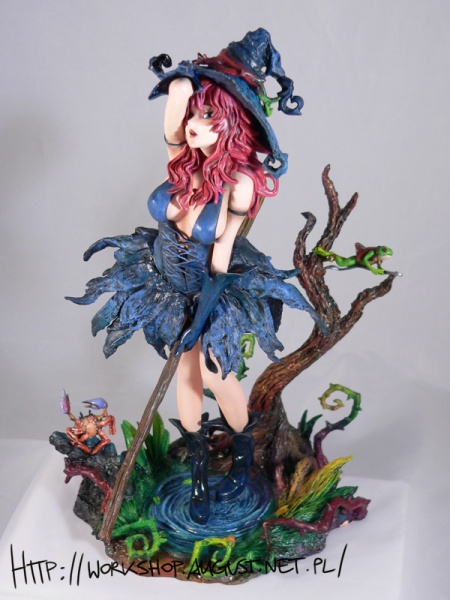 She’s almost done and this is last WIP part. I should be able to take photos this week.

I’ve decided to airbrush most of her. Because I have to learn how to airbrush. Somehow. I still don’t like it at all (airbrushing) and I can’t make lines I want but someday I’ll learn it… Right? Probably not, but I need to keep trying. Besides the fact, handpainting skin is really boring. 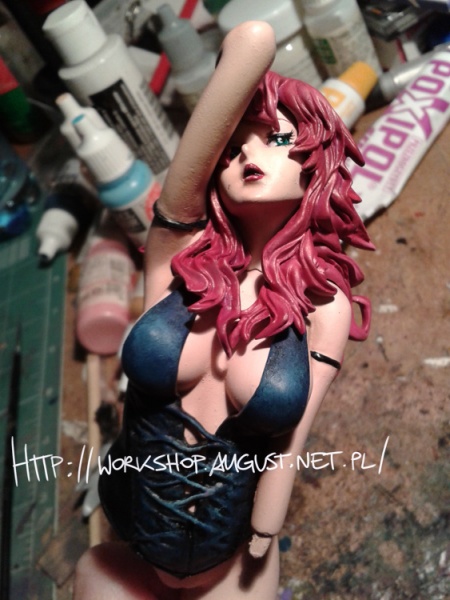